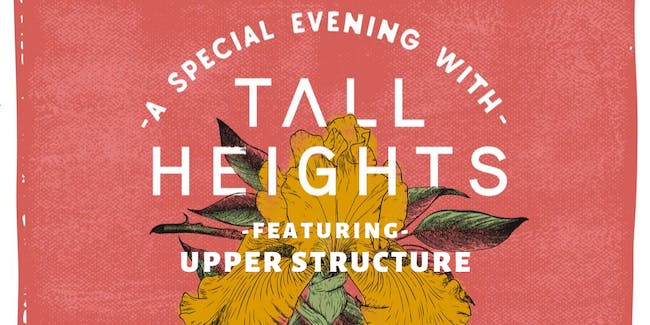 From playing on the streets of Boston to now performing in venues across the globe, the duo of Paul Wright and Tim Harrington, together known as TALL HEIGHTS, have built a career from the ground up, diligently as a relentless touring act. It’s been a journey of consistent evolution for the longtime best friends – everything from instrumentation to production to the size of their band has changed throughout the years, hand-in-hand with an ever-growing audience of listeners. Yet with all of this change, there remains a distinct DNA that courses through the entirety of Tall Heights’ music. The potency of their sound cannot be credited to harmony alone, but rather a unique union of two distinct voices that makes the music inarguably their own.

Based out of Boston, Upper Structure strives to bring a modern and edgy take on music to the a cappella community. With members from around the world coming together, Upper Structure creates a sound that is innovative, refreshing, emotional, and fun. As a group, Upper Structure strives to learn as much as they can by attending a cappella festivals around the United States including BOSS, SoJam, VoiceJam, Haunted Harmonies, and LAAF in the last two years. They would absolutely not be where they are without the incredible a cappella educators they've met and befriended at these festivals. Not to mention the incredible support of their friends The Vocal Company.