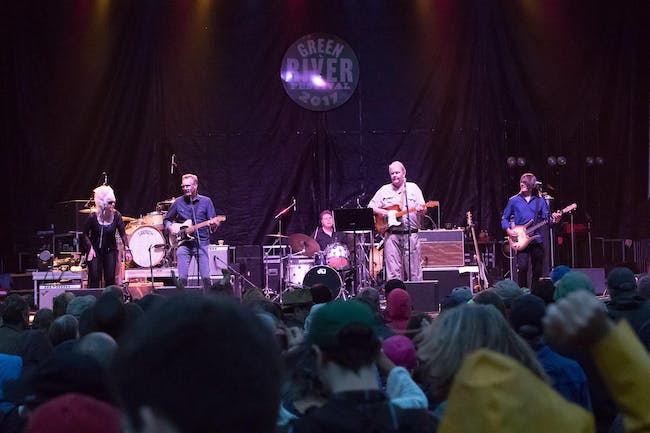 Big Al Anderson has emerged as one of Nashville's most dependable tunesmiths, churning out an impressive string of irresistibly catchy, organically gritty hits for the likes of The Mavericks ("All You Ever Do Is Bring Me Down"), Trisha Yearwood ("Powerful Thing"), LeAnn Rimes ("Big Deal"), Diamond Rio ("Unbelievable"), Carlene Carter ("Every Little Thing") and Hal Ketchum ("Fall In Love Again").

Long before he stormed the country charts, “Big Al” made his mark as singer, guitarist and main writer of the Connecticut foursome the Wildweeds, who scored a substantial regional hit in 1967 with his composition "No Good to Cry," and subsequently in a 24-year stint with the beloved cult band NRBQ.

After over two decades of hard touring, hard living and encyclopedic musical knowledge, Al was ready to change his already prodigious song writing talent into a full-time venture.

Two years before he left NRBQ, he wrote a song with Carlene Carter, “Every Little Thing” that she took to top 5 all over the world. That song, and meeting music publisher Pat Daniel McMurry (Escott), were the turning points in Al’s career and life. With the support, guidance and belief that Pat provided, Al became unstoppable. At the same time that Al signed with Pat, he decided to quit drinking and suddenly became one of the most prolific writers in Nashville. “I went from 3 songs a year to writing sometimes 3 a day”.