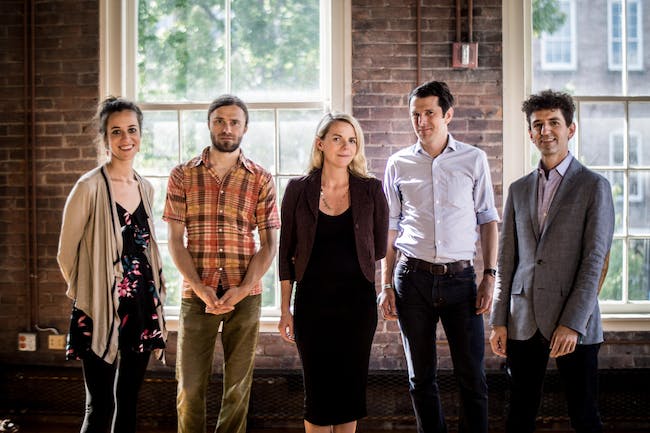 Crooked Still is considered one of the premiere alternative bluegrass groups of the mid-aughts, shattering preconceptions of how traditional music was played by taking old songs as the deep foundation and veering off into exhilarating and exciting directions. Over the course of five full-length albums and one E.P., the band received rave reviews from publications like Interview Magazine, NPR Music, USA Today, and Acoustic Guitar proclaiming, “Nu-folk, string-grass, or alt-grass—whatever the label, Crooked Still’s work is marked by impeccable songwriting and musicianship."

Formed in Boston in 2001, Crooked Still is Aoife O’Donovan (vocals) (currently 1/3 of the supergroup, I'm With Her whose harmonies the New York Times recently described as, “could be sweetly ethereal, or as tightly in tandem as country sibling teams like the Everly Brothers, or as hearty as mountain gospel...”) , Corey DiMario (double-bass), Greg Liszt (banjo), Tristan Clarridge (cello), and Brittany Haas (fiddle). The band's reputation as a raucously energetic live band earned them invitations to huge events like the historic Newport and Telluride Festivals and their performances across the country and internationally cemented them as crowd favorites wherever they played. Crooked Still grew to become equal parts ambassadors and innovators- a defiantly non-traditional bluegrass quintet known for their technical skill, unusual instrumentation, and innovative acoustic style. After a decade of constant activity, the members of Crooked Still decided to take a break from touring in 2012 in order to pursue other projects and recharge creatively.

Their last full-length studio album, 2010's Some Strange Country, found Crooked Still honing in on their unique refraction of roots music and making their most personal, visionary album yet. National Public Radio named it one of the top folk albums of 2010: “Some Strange Country [is] an incredible blend of instruments, voices and lyrics. Mellow, rhythmic and captivating all at once… It can sound old, but this is modern music at its most impressive and thoughtful.” 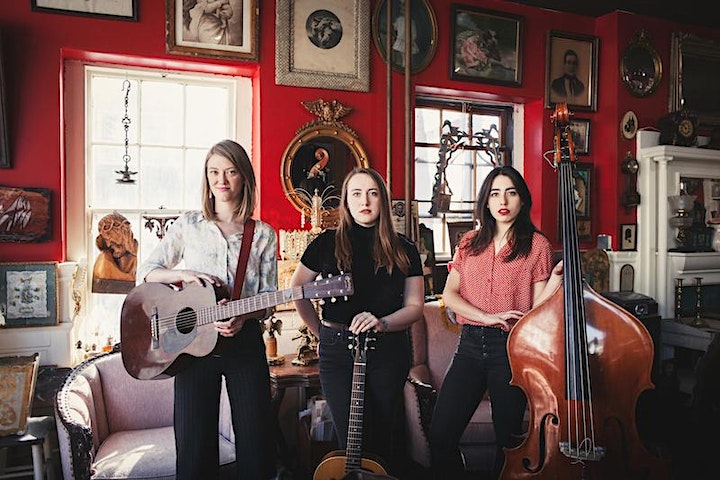 Lula Wiles is a band deeply rooted in traditional folk music, but equally deep is their devotion to modern songcraft. They deliver love songs that are at once defiant and heartsick, as well as new contributions to the folk ballad canon and timely explorations of what it means to live in America today. Drawing from the deep wells of traditional old-time and bluegrass, classic country, and contemporary indie-folk-rock, Lula Wiles melds diverse influences to create a harmony-driven sound all their own. The three band members deftly swap instruments and frontwoman duties, with Ellie Buckland (vocals/acoustic guitar/fiddle), Isa Burke (vocals/acoustic and electric guitars/fiddle), and Mali Obomsawin (vocals/acoustic guitar/bass) each contributing singularly expressive vocals, instrumental lines, and songwriting. Onstage, the band gathers tightly around a single microphone for a spirited and emotionally resonant live show, anchored by their powerful three-part harmonies. Currently based in Boston, Lula Wiles released their debut album in May 2016 and have since recorded their sophomore album.