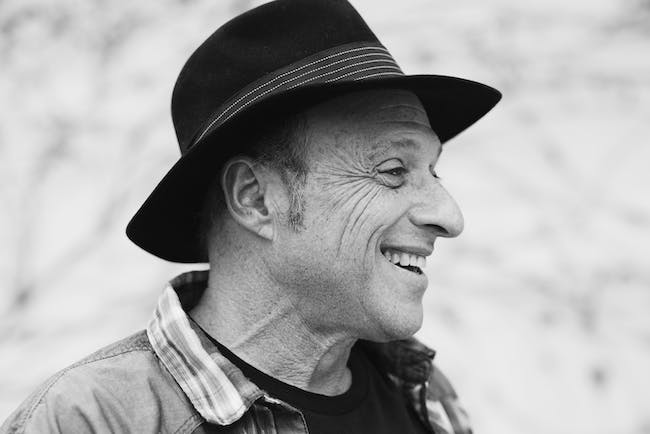 Dan Bern has released some two dozen studio albums, EPs, and live recordings since his first CD on Sony/Work in 1997. Either fronting various bands or as a solo performer, he is convincing, funny and timely, with an unassuming tip of the hat to the spirits of the past greats, all while sounding fresh and original. Dan’s songs pack a punch, and are engaging and often cinematic.

Bern’s singular songwriting has led to work on such projects as the Judd Apatow features Walk Hard—the Dewey Cox Story and Get Him to the Greek. His songs have appeared in countless TV shows and independent films, been covered by The Who’s Roger Daltrey, and lately, comprise all the songs for Amazon Prime’s The Stinky and Dirty Show, a cartoon for youngsters, now in its second season.

In addition to the music, Dan Bern is a prolific painter, with works hanging in The Herbert Hoover Presidential Library and The Bobby Feller Museum. He has published several books, the latest being a collection of poems, “encounters,” which recount his real-life encounters with, among others, Wilt Chamberlain, Bruce Springsteen, Jimmy Carter and Hunter S. Thompson.

Exciting new projects in the works include new recordings with his much beloved band, “The International Jewish Banking Conspiracy” (IJBC).