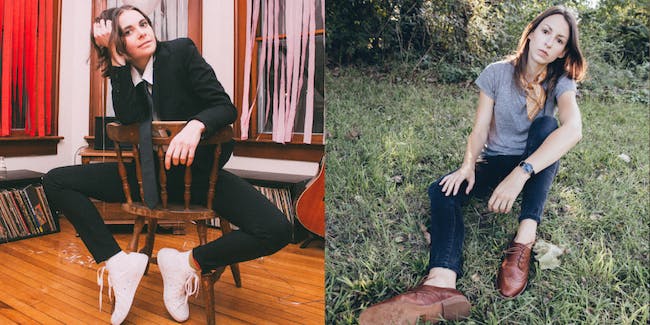 Imagine a mouthful of chilly peppers dipped in maple syrup, and you have Francesca Blanchard. Since the release of her bilingual folk debut Deux Visions in 2015, the Vermont-via-France native has been busy redesigning her wheelhouse. After a year of extensive touring throughout the US and Europe, Blanchard took some time to rediscover what she wanted to say (and how to say it). With powerful vocals and provocatively vulnerable lyrics, Francesca has reclaimed the stage with confidence and charisma. Her newest songs scope a variety of genres and topics, through self-effacing indie-pop with a hint of her acoustic roots. She covers subjects from the madness of social media to the ache of lost love, all the while charming her audience with honest storytelling and a refreshingly personal performance. Blanchard’s newest work is her best and most relatable yet.

Brooke's songs have been featured on Sirius XM radio in addition to being placed in multiple TV shows including Grey's Anatomy, Pretty Little Liars, Hart of Dixie, Vampire Diaries and more. On the road, Brooke has shared stages with Iron & Wine, Josh Ritter, Lucius, Margaret Glaspy, Chadwick Stokes, Great Lake Swimmers, Jesca Hoop, Rufus Wainwright, Aoife O’Donovan, The Handsome Family and others. She released her first full-length record, Silence Worth Breaking in 2011, produced at The Smoakstack in Nashville, followed by 2013’s EP Words in Your Eyes and 2015’s The Simple Fear.

Brooke is in the midst of releasing acoustic versions of songs on an upcoming EP (recorded in her new intimate studio in Rhode Island), and is currently writing and recording her next collection of songs.