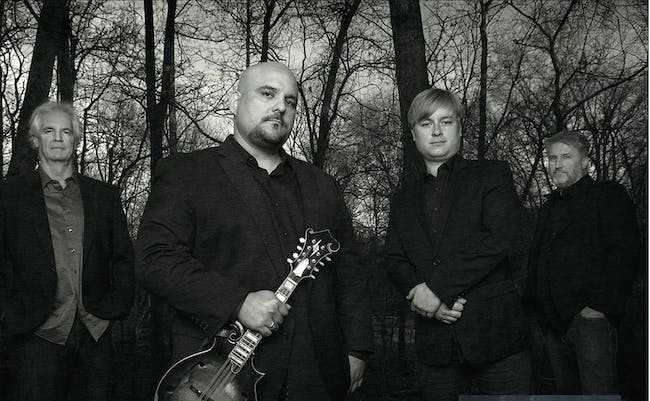 With chops so hot, Frank Solivan & Dirty Kitchen were named IBMA’s 2016 Instrumental Group of the Year for the second time, with a third nomination in 2017. Their critically acclaimed album Cold Spell earned a 2015 GRAMMY nomination for Best Bluegrass Album of the Year, yet the accolades don’t end there.

Since leaving the cold climes of Alaska for the bluegrass hotbed of Washington, D.C., Frank Solivan has built a reputation as a monster mandolinist — and become a major festival attraction with his band, Dirty Kitchen. Their respect and deep understanding of the tradition collides, live on stage, with jazz virtuosity creating an unforgettable, compelling performance.

Earlier this year, Frank Solivan & Dirty Kitchen delivered their third and most impressive release with If You Can't Stand the Heat. The new 10-song collection, co-produced by Grammy-winning banjoist and Compass co-founder Alison Brown offers a vibrant mix of songs, from the traditional “Leah” featuring the mid-Atlantic bluegrass vocals of Danny Paisley and Dudley Connell to the compelling lead-off track “Crave” co-written by Frank and Becky Buller and showcasing the guitar prowess of Chris Luquette.

The band also delivers a compelling rendition of Steely Dan’s “Rikki” featuring the lead vocals of Jeremy Middleton, the catchy “ Be Sure" written by Frank Solivan and the red-hot instrumental "Crack of Noon" penned by banjoist Mike Munford. Taken as a whole, If You Can't Stand the Heat is an album with legs and one that is bound to influence the future evolution of bluegrass music.