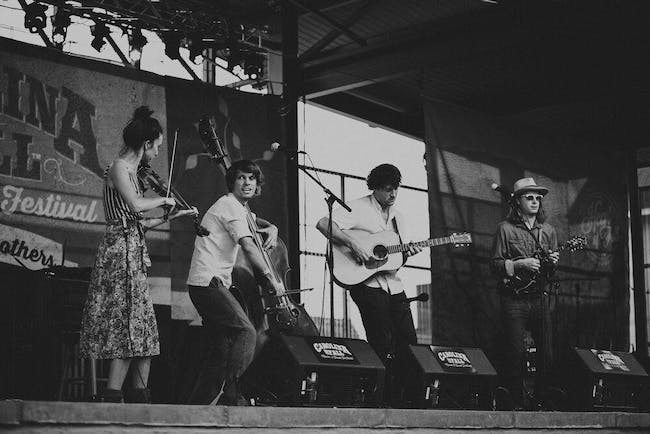 *Special thanks to our wonderful sponsor Watermelon Wednesdays!**

Known collectively as Hawktail, fiddler Brittany Haas, bassist Paul Kowert, guitarist Jordan Tice, and mandolinist Dominick Leslie have combined their monstrous compositional and instrumental forces once again for a much-anticipated sophomore album, Formations. Set for release on January 10th, 2020, Formations took only two months to write and four days to record, a far cry from the 3-year process of their debut album, Unless. “We had studio dates to record a quick EP of covers, arrangements we’d been playing live,” explains Kowert, “But we had these strong starts that felt so good that we were like ‘let’s finish THESE instead,’” Adds Haas, “We found a new joy in creating, tapping into the experience we gained from writing and recording Unless.”

Over those four days at Nashville’s Southern Ground Studios, co-producer Chris “Critter” Eldridge—Kowert’s Punch Brothers bandmate—joined up with veteran engineer Dave Sinko (Edgar Meyer, Béla Fleck, Sam Bush) and legendary mixing guru Jacquire King (Tom Waits, Kings of Leon, Shania Twain) to create a cohesive vision; a bigger picture shared by the entire band and production team. “Critter knows what we’re going for and when we’ve gotten it,” says Haas. “We’ve just made so much music with him and Sinko over the years, the understanding is deep,” Tice adds. Having King mix the finished product was the proverbial icing on the cake for Hawktail. “We’re so happy with what he did to it—in some cases, it was like hearing the true nature of the piece for the first time,” says Kowert.

And the “true nature of the piece” shines brightly upon Formation’s first single and opening track, “Annbjørg.” “Annbjørg” is a dizzying, Scandinavian-tinged choose-your-own-adventure tune; the band shared a live video for the track today via Folk Alley. Listeners might decide to get lost in the whirlwind of fiddle and bass interplay or focus on the impeccable, time-keeping groove of the guitar and mandolin—collectively though, the song echoes a thread which runs through the entirety of Formations; a familiar nostalgia with more than enough musical depth to satisfy even the most discerning ears. Folk Alley’s Kelly McCartney commented, “We simply haven't seen these instruments played this way and with this exuberance... except by Hawktail.”

Fans that were around for the beginning of Hawktail may notice a slight change in the energy each instrument brings from song to song. This new energy is largely due to Leslie’s presence from the inception of Formations. “Our first album had more or less been written by the time I joined the band, so it was more about finding a complementary part,” says Leslie. “On Formations, I was there for the writing, which resulted in the mandolin having a fundamental role in the music.”

With Formations, it’s become clear that Hawktail are quite capable of blazing away at their own trail, successfully challenging the traditional roles of their respective instruments and genres. “We’re just trying to find something good to play,” says Tice. “We’re not interested in adhering to the same old forms—merely adding some spice to something that we all know how it’s going to end.” 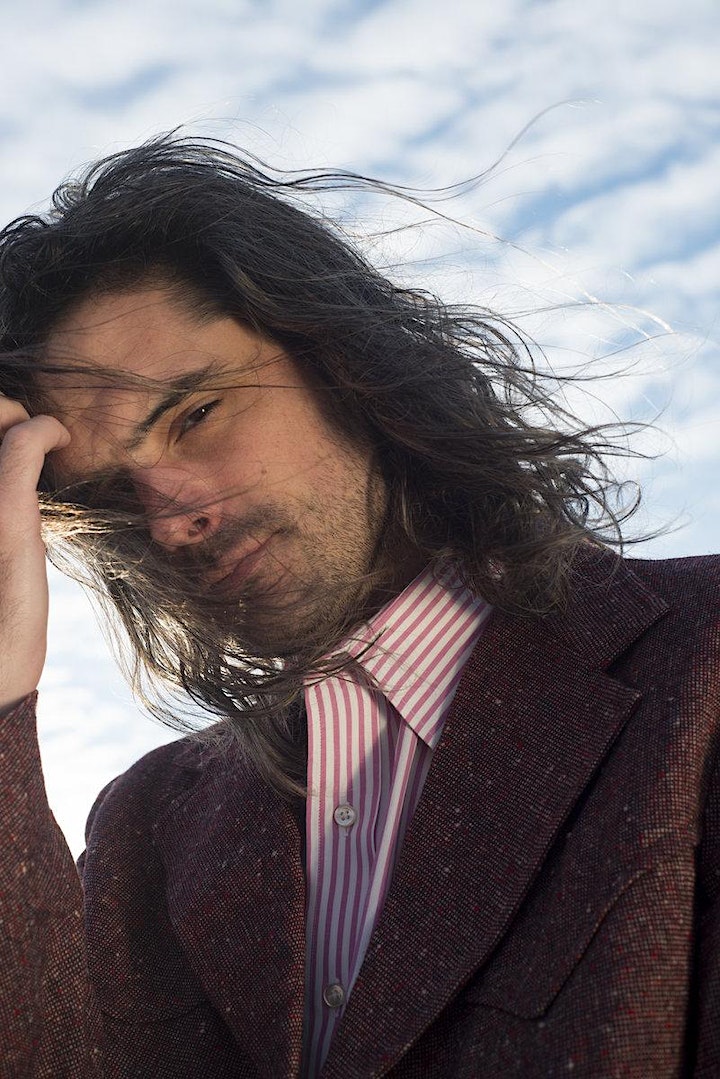 Today, February 25th, Seán Barna has shared the first single, "Eastern Junk Dancing," off of his upcoming EP, Margaret Thatcher Of The Lower East Side. "Eastern JunkDancing" ironically uses Margaret Thatcher as an example of the steeled resolve necessary for a queer person to navigate the anxiety and struggles of modern society.

"For me, the phrase “Eastern Junk Dancing” came to loosely refer to the crazy existence of scraping together whatever money you can, by bartending or whatever, to galavant up and down the east coast in a tour van and play for sometimes non-existent crowds. Those of us who do this, I believe, are seekers, hoping for a few unforgettable evenings, and maybe trying to learn something about ourselves. Then I look at my life -- defined almost entirely by the anxiety of trying to make a life in music, navigating the constant challenges to my ego and my already fragile mental health. Then as a songwriter -- an observer, really -- this feeling is compounded by the social anxiety of my peer group of weirdos, queers, and artists living in an increasingly hostile, hateful America. Through art, music, performance, and substance abuse, they stand their ground. Even evil people like Margaret Thatcher realized you needed to be a steely bitch to survive in this world. And a little bit of gin might make the trouble go down a little easier."

Margaret Thatcher of the Lower East Side was written in the wake of the national devastation that was the 2016 election, and ironically turns Thatcher, an enemy of marginalized people and the working class, into a queer icon. It begins with a melancholy choir of wordless voices, but soon gets to the point: the most potent way to fight back, as a queer or marginalized person, is to be more unapologetic, more fearless, and more of exactly who you are. It’s time for all of us to steel ourselves, make an entrance, and make a point, screaming back in opposition to those who would threaten our safety or legislate against our lives. Ironically named for someone who did just that, the album is a call to arms -- at one point begging God to “save the scene” and then realizing that the messiah just might be a queer songwriter in Denver.