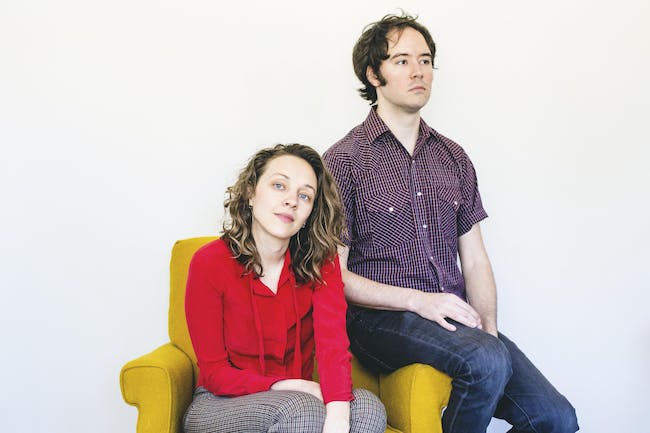 TICKETS ON SALE FRIDAY, AUGUST 23 AT 10AM EST

Mandolin Orange’s music radiates a mysterious warmth —their songs feel like whispered secrets, one hand cupped to your ear. The North Carolina duo have built a steady and growing fanbase with this kind of intimacy, and on Tides of A Teardrop, released February 2019, it is more potent than ever. By all accounts, it is the duo’s fullest, richest, and most personal effort. You can hear the air between them—the taut space of shared understanding, as palpable as a magnetic field, that makes their music sound like two halves of an endlessly completing thought. Singer-songwriter Andrew Marlin and multiinstrumentalist Emily Frantz have honed this lamp glow intimacy for years.

On Tides of A Teardrop, Marlin wrote the songs, as he usually does, in a sort of stream of consciousness, allowing words and phrases to pour out of him as he hunted for the chords and melodies. Then, as he went back to sharpen what he found, he found something troubling and profound. Intimations of loss have always haunted the edges of their music, their lyrics hinting at impermanence and passing of time. But Tides of A Teardrop confronts a defining loss head-on: Marlin's mother, who died of complications from surgery when he was 18.

These songs, as well as their sentiments, remain simple and quiet, like all of their music. But beneath the hushed surface, they are staggeringly straightforward. “I’ve been holding on to the grief for a long time. In some ways I associated the grief and the loss with remembering my mom. I feel like I’ve mourned long enough. I’m ready to bring forth some happier memories now, to just remember her as a living being."

For this album, Marlin and Frantz enlisted their touring band, who they also worked with on their last album Blindfaller. Having recorded all previous albums live in the studio, they approached the recording process in a different way this time. “We went and did what most people do, which we’ve never done before—we just holed up somewhere and worked the tunes out together,” Frantz says. There is a telepathy and warmth in the interplay on Tides of A Teardrop that brings a new dynamic to the foreground—that holy silence between notes, the air that charges the album with such profound intimacy. “This record is a little more cosmic, almost in a spiritual way—the space between the notes was there to suggest all those empty spaces the record touches on,” acknowledges Marlin. There are many powerful ways of acknowledging loss; sometimes the most powerful one is saying nothing at all. 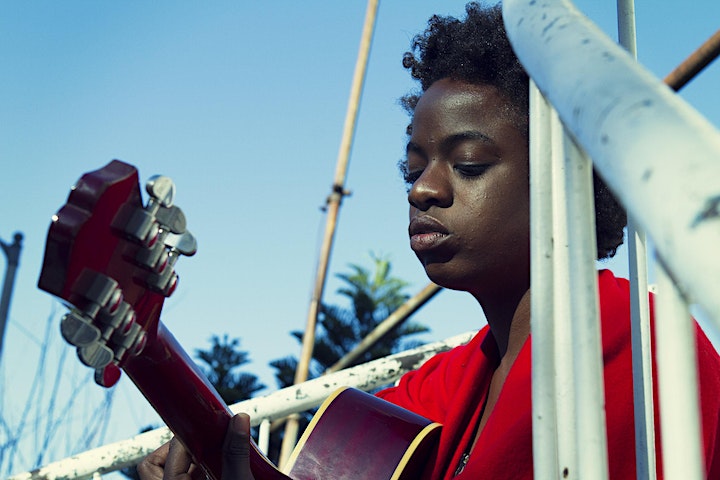 Sunny War (born Sydney Lyndella Ward) is more than just an artist; she is a force of nature that is tough to pin down. What exactly is her style? Is she a blues or punk artist? The answer is yes and no. You can try to place Sunny in a few boxes, but doing so would be a major disservice to the young songstress. Yes, she may be a Robert Johnson with a shot of Bad Brains, but even this description falls short. The only way to really know Sunny is to immerse oneself in the music. Easy enough, right? OK, maybe not that easy.

Sunny was born to single mother just over 20 years ago. Her childhood was unconventional. One way to describe it is nomadic. Her mother’s bohemian lifestyle had Sunny moving from place to place, including stays in Colorado and Michigan. Most stays were not for very long, usually about a year or so. “Throughout my whole childhood, I was in a different place every other year, so naturally, I am not used to staying in one place for too long. I think it is time to leave once people get to know your name,” she comically explains.

Early life was somewhat of a struggle because there were many instances Sunny experienced being different from her peers. This was especially evident when she moved from Michigan to Tennessee. “I lived in a predominately white suburb while I was in Rochester, Michigan. When I went to Nashville, I did not ‘talk Nashville.’ I felt the kids at school were really closed-minded, mostly because we were in the Bible Belt. They would harass me all the time. I was also small for my age and wore glasses, “says Sunny. She found music to be the ultimate refuge. “I was really depressed all the time, but I was playing guitar all the time. I would hang out with my cat. I did not have a lot of friends when I was younger,” says Sunny.

By the age of 13, Sunny taught herself to play guitar and began to write her own original songs. She credits her mother’s boyfriends for introducing her to the blues. Once that fire to create sparked, there was no turning back. Eventually, Sunny decided California would be a good place to try to set down some kind of roots and get her music heard. She found herself living and performing on the streets of San Francisco and San Diego.

After a short time, Sunny felt that familiar feeling…the need to change her scenery. She felt a strong connection to the eclectic art center, Venice Beach, CA, where she has become a mainstay performer on the world famous boardwalk on and off for 7 years.

In addition to memorable boardwalk performances, Sunny continued with a side project, Anus Kings, as an outlet for other musical interests. The band created a buzz in the local LA punk scene with frequent performances at the famed Downtown punk favorite, The Smell. “With Anus Kings, I try write punk stuff, but I try to write like a blues musician would,” she says when talking about her punk influence. Local art and music advocates in Venice soon caught wind of the young guitarists’ claw hammer style—a complex banjo style of guitar playing frequently used by Southern acoustic blues guitarists. After years of paying dues, fans and critics are finally beginning to “get it.”