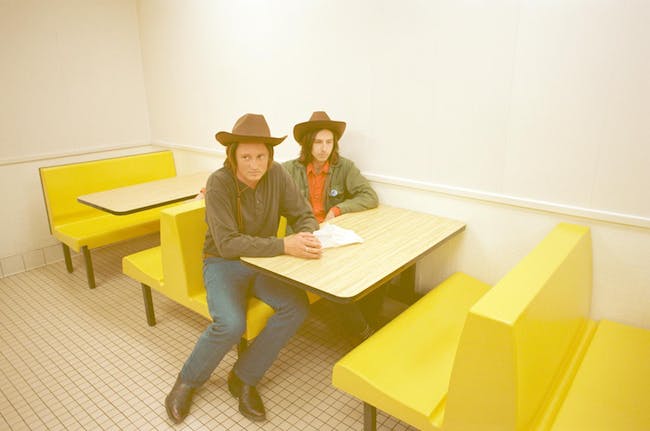 Produced by longtime collaborator Dan Horne (Circles Around The Sun, Allah-Las), Mapache’s new album, From Liberty Street, captures the Los Angeles duo at their finest, with Sam Blasucci and Clay Finch weaving airtight harmonies around stripped-down, organic arrangements that blur the lines between traditional folk and modern cosmic country. The songs here reckon with longing, desire, and change, and the arrangements draw on everything from Hawaiian-steeped surf and Mexican boleros (Blasucci spent two years living South of the border) to Bakersfield twang and lonesome cowboy campfire tunes, all delivered with the kind of easygoing charm and natural intuition usually reserved for blood brothers or married couples. It’s an instantly engaging chemistry the two share, a captivating musical bond that mirrors the comfort, closeness, and camaraderie of the album’s homespun roots.

“This record is about as close to the sound of home as you can get,” says Blasucci. “We recorded it with a bunch of our friends in the house where we were living in a neighborhood that we loved. The studio was right downstairs, so we had the freedom to try all kinds of new ideas without any pressure or limitations. All the other folks who lived in the house were musicians, too, so it made for this communal atmosphere where everyone was always collaborating and creating together.”

The freedom of living where they recorded meant that Mapache could take their time experimenting with sounds and textures in the studio, a far cry from the way the pair captured their self-titled debut, which was cut live and raw around a single microphone. Praised by Aquarium Drunkard as sounding like “a blazed up Everly Brothers” and given a six-star review by UK magazine Shindig, that record helped the band earn festival appearances from Hardly Strictly Bluegrass to Pickathon, where Rolling Stone named their set one of the weekend’s top highlights, as well as tour dates with Chris Robinson, Beachwood Sparks, and Mandolin Orange among others. The Boston Globe hailed the duo’s “intricate, intertwined acoustic guitar and close harmonies wedded to simple, plainspoken lyrics,” while No Depression fell for their “lilting melodies,” and Saving Country Music declared that the pair “can fill up a room with more soul soaring harmony than most symphonic assemblies.” The music also caught the attention of veteran indie label Yep Roc Records, which recently reissued the group’s debut album in advance of From Liberty Street’s arrival. 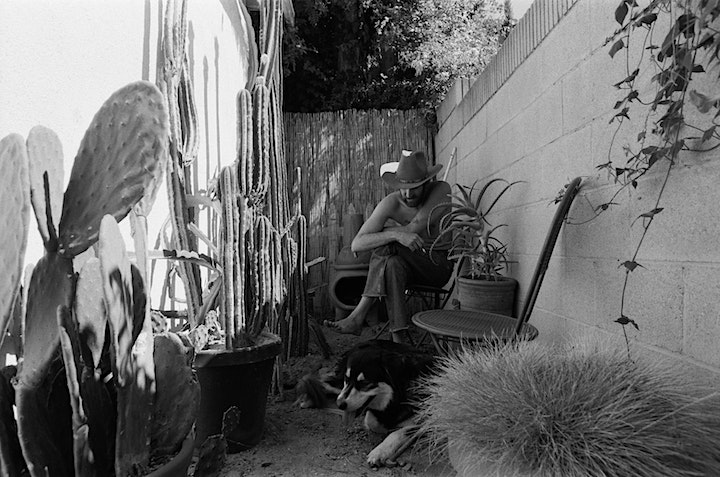 A ladybug on a warm leaf, a lazy dog asleep on a diving board, a thirsty LA scene wrapped in a tequila duvet. Tim Hill’s songs stall you in a cul-de-sac of forever summer, offering all shades of sonic blue, blurred Mexican mirages and the heavy velvet of a closing night.

Los Angeles born. Whittier grown. He translates what he knows; a hometown where the Dodgers rule the roost, time carved out for slow endeavors is paramount, and coffee is the blueprint for the day.

He seasoned his musical skillet as a keyboardist touring with artists such as Nick Waterhouse, Curtis Harding and the Allah Las. In 2018, he released a 45 entitled “Paris, Texas,” b/w a cover of Warren Zevon’s “Steady Rain,” under the Allah Las’ label, Calico Discos. His presence mirrors the soul of a weathered saguaro as he pushes loveless notes through an apathetic ache. The audience sways to the molasses and is given a glimpse of what it would be like to not care.

Tim Hill’s full-length release, “Payador”, puts itself on the villa’s shelf, painted with sounds of introverted West coast visions. Some songs are fraught with above-the-palm tree vocals and lonely harmonica solos while others park their front tire on top a warm Hollywood curb. Its full throttle suburban shade, acoustic strands of sun and that Spanish radio station floating from your neighbors window.