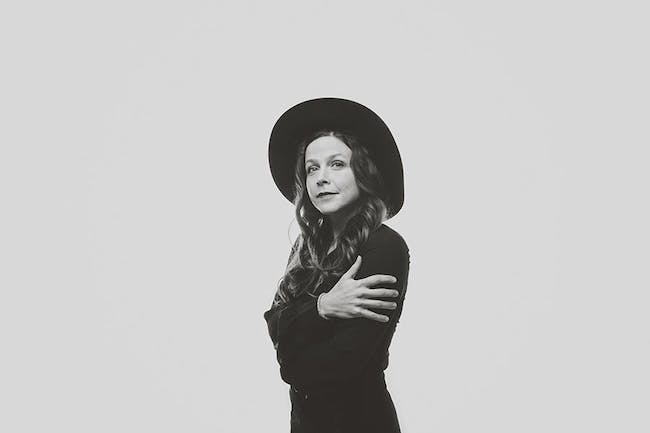 Some people might call May Erlewine “Michigan’s Songbird”, but her songs have traveled far beyond her home state. One of the most prolific and passionate songwriters of her generation, May’s music has touched the hearts of people all over the world. Her words have held solace for weary hearts, offered a light in the darkness and held a lot of space for the pain and joy of being alive in these times. When she starts to sing, there’s no way around it. Welcome to the moment, everyone.

Raised in a family rich with art and music, May began writing songs and playing them for the people at a very young age. Her journeys have taken her all over the world, from street corners to renowned stages, May has performed for all walks of life. In her travels Erlewine came to know the land and the pulse of the people. Her songs show a very real connection and concern with everyday folk. 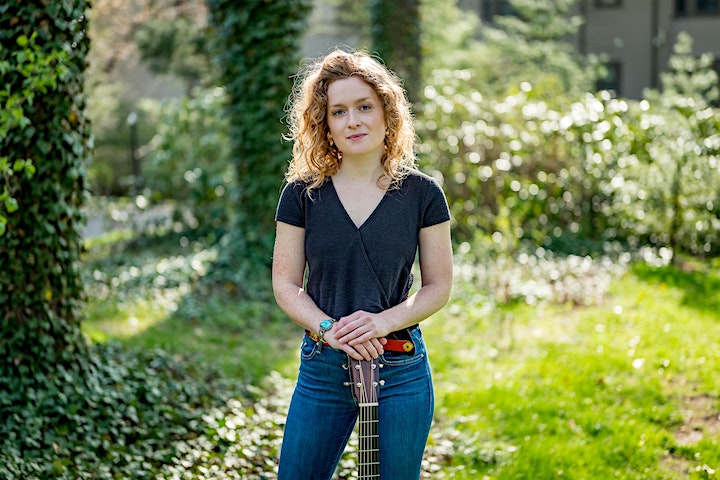 When Alice Howe wants to unlock a memory or understand an emotion, she steps outside. “There’s something about the stillness,” she says. “When I’m sitting with my guitar and looking out at a forest or the ocean, I have the space to reflect to on people and places. My muse strikes.”

A modern love letter to 60s and 70s folk and timeless blues, Visions pays homage without succumbing to imitation, and offers an intimate snapshot of a young artist discovering her own power. Early praise for Visions has streamed in from gatekeepers such as American Blues Scene and smitten local press alike. “Sometimes we’re lucky enough to catch an up-and-coming artist as they fly into our radar,” critic JD Nash writes. “This is one of those times.”

Howe’s path to “up-and-coming” artist seems both fated and winding. She grew up in Newton, Massachusetts, just outside of Boston, in a home filled with music and art. Long outdoor walks were encouraged, and Howe would often disappear to wander through her grandmother’s garden next door or to journal and turn experiences into songs. “I can’t remember not singing,” she says with a laugh.

Howe left home to attend Smith College, graduated and moved to Seattle before finding her way back to Massachusetts. While music was always her companion, it didn’t become her profession until she decided to attend the Northeast Regional Folk Alliance Conference in 2016. There, she met Freebo, Bonnie Raitt’s beloved bassist for a decade and veteran of performances and collaborations with Crosby, Stills, & Nash, Ringo Starr, Loudon Wainwright III, Neil Young, Dr. John, and more. Howe knew she’d found an ideal collaborator. “I feel like it all happened because I was open to it and ready for it to happen,” she says, then adds with a laugh, “I was ready, so the universe said yes to me.”

Freebo invited Howe to record in Southern California, and Bakersfield’s sun-bleached grit became a creative counterweight to Howe’s lush New England naturalism. American roots music became Howe’s playground: blues, bluegrass, folk, and pop––with celtic nods––take turns defining the sounds on Visions, anchored by her rich soprano. An ace band backed Howe like she’d never been backed before, and the resulting collection is polished but energized by a young artist’s hunger to prove herself.

Album opener “Twilight” is an intimate introduction to Howe’s use of pastoral vignettes to invite confessional introspection. Her vocal flutters conjure up memories of celtic storytelling over a bed of acoustic guitar, keys, and more.

Howe cowrote most of the album’s originals with Freebo, excluding “What We Got is Gold,” which takes refuge in love that refuses to fade as an accordion blends wistfulness and warmth to lead the other instruments in a layered pop-folk stroll. Featuring a supporting cast buoyed by b3 organ and horns, “Getaway Car” is a blues-fueled romp, while “You Just Never Know” veers confidently into bluegrass territory as Howe traces the people and places that have come, gone, and shaped her.

While Visions marks a stunning full-length debut, Howe has been marked as one to watch for several years: She released an EP entitled You’ve Been Away So Long in 2017, which bowed on the FOLK-DJ chart with a no. 1 Most-Played Song, “Homeland Blues.” In addition to being a NewSong Music Songwriting and Performance Competition Finalist in 2018, she spent fall of that year on a critically acclaimed tour of the UK and the Netherlands. Howe is also a veteran of the Northeast Regional Folk Alliance and FAR-West Folk Alliance conferences, where she has performed at formal showcases. Earlier this year, she was selected as a Kerrville New Folk Finalist.