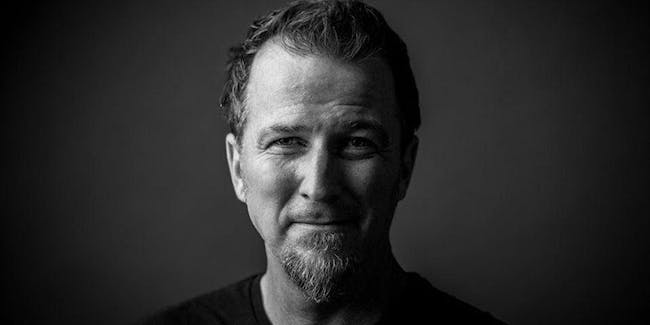 Peter Mulvey has been a songwriter, road-dog, raconteur and almost-poet since before he can remember. One of four brothers, he was raised working-class Catholic on the Northwest side of Milwaukee by parents who met as teaching volunteers in Central America. Inner-city life fell hard on him but harder on his classmates, leaving him with a restless view of the long journey America still needs to make, if it wants to live up to its promise.

Coming up through public schools and then a Jesuit university, he took a semester in Ireland, and immediately began cutting classes to busk on Grafton Street in Dublin and hitchhike through the country, finding whatever gigs he could. Back stateside, he spent a couple years gigging in the Midwest before lighting out for Boston, where he returned to busking (this time in the subway) and coffeehouses. Small shows led to larger shows, which eventually led to regional and then national and international touring. The wheels have not stopped since.

Eighteen records, one illustrated book, thousands of live performances, a TEDx talk, a decades-long association with the National Youth Science Camp, opening for luminaries such as Ani DiFranco, Emmylou Harris, and Chuck Prophet, appearances on NPR, an annual autumn tour by bicycle, emceeing festivals, hosting his own boutique festival (the Lamplighter Sessions, in Boston and Wisconsin)… Mulvey never stops. He has built his life’s work on collaboration and on an instinct for the eclectic and the vital. He folds everything he encounters into his work: poetry, social justice, scientific literacy, and a deeply abiding humanism are all on plain display in his art.

Mulvey was scheduled to record an album with Todd Sickafoose — bassist with Ani DiFranco and badass composer and producer — in early 2017, however significant upheaval in both of their lives and the world at large scuttled their plans. Mulvey left his home and marriage and found himself living through a Fort Atkinson, Wisconsin winter in a friend’s empty house.

Days were spent walking for hours, sometimes with friends but most often alone, sometimes along the frozen marsh of the Bark river but most often through the wintry oak savannah nearby. The songs came in fast and strange and vivid. At night he wrote them down at a table in the spare house, just a mile from the Cafe Carpe (which Mulvey describes as his spiritual home). The songs became his new record, There Is Another World.

The opening track of There Is Another World is “The Fox”, a hypnotic pulse of altered guitar within a swirl of sounds: wineglass rims by Jonny Rogers, the long breaths and clatter of Idit Shner’s bass clarinet, icy tones from Rob Burger’s accordion. Over all this, Mulvey’s gravel baritone delivers an almost haiku-like rendering of fox tracks in the snow.

“Who’s Gonna Love You Now?” poses its aching question across Mulvey’s warm fingerpicked guitar, Eric Heywood’s cloud-like pedal steel, and a piano altered to sound like buoys in fog. Then, “When I Was in Monaghan” ups the ante. As Jenny Scheinman’s violin colors the urgent picking of Mulvey’s guitar, the lyrics telegraph irreconcilable pain and loss, and the haunting chorus, “Beware, o traveler — for the road is walking too” is almost wailed out. The line, from a Jim Harrison poem, begins a deep dive into both the winter landscape and the rich inner landscape of the poets Mulvey has revered and referenced throughout his long career.

“Fool’s Errand” is a warm, wistful, up-tempo reminiscence of a life summed up over driving, strummed guitar and soaring pedal steel. Then, “False Indigo” returns us to the wintry, vivid landscape of the opener: altered, percussive guitar, threading its way through a swirl of actual water, an old Blind Willie Johnson sample, and clarinet and pedal steel. The lyrics are incantatory, cryptic and terse.

A brief, solemn elegy, “Beckett was a Bird of Prey” salutes Mulvey’s old friend, his Irish agent Larry Roddy, who died in 2010. And then side one is suddenly over with“Strayaway”, a fragment of an Irish fiddle tune, rendered in cross-faded altered guitar and then violin.

Side two illuminates the rules of this new world. “To Your Joy” is a brutally forthright and intimate telling of love lost: “I widowed you/when I martyred myself/to my gods. And you widowed me/when you martyred yourself/to your gods. Now I say to you/in all good faith/goodbye.” The heart of the song is a wrenching howl from Heywood’s pedal steel and Scheinman’s strings.

Next, a curious little outlier, “Nickel and Dime”, is just seventeen seconds long with a lyric from a tiny poem in Ted Kooser and Jim Harrison’s book “Braided Creek”. Its tone is deceptively light, and it’s gone almost immediately, giving way to a driving pulse of altered guitar for “Henry’s Only Daughter.” Accompanied only by wineglasses and the guitar, Mulvey coughs out a brooding lyric addressed directly to the late poet of Blackhawk Island, Lorine Niedecker, whose cabin sits just a six-mile walk from the little house in Fort Atkinson.

“All Saints’ Day” is a sudden shift, delivered with a wistful slow air, legato guitar and singing in unison, quoting both Yeats and the Palestinian/Texan poet Naomi Shihab Nye.

The record closes with “The Cardinal”, a second elegy, this time for a dear friend long gone. It repeats, three times, Rilke’s admonition: “You must change your life” and then, after an otherworldly pouring out of glassy, multiple violin tones, inverts the admonition into the poet Mary Oliver’s question: “And have you changed your life?”

Then comes a postscript: with “Owl” we are back in the woods, where we began, with the ensemble breathing and pulsing all around us, as Mulvey’s hoarse voice growls out a late-night draft of a thank you note: “That owl you have seen… she has a mate… I saw them together in the thicket by the cottonwood… thank you for showing me that spot.”

The thirteen tracks of the record amount to a remarkable, brief, potent stab. Alienation, loss and heartbreak, all are rendered lucid, even beautiful, in the bright-dark sideways light of deep winter. It is also a story of renewal, through close attention and a determined stillness, a piercing gaze toward detail and an opening toward simple acceptance of what is. 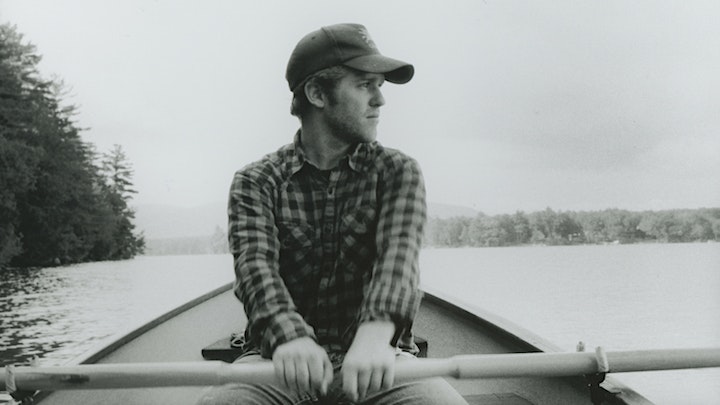 Dietrich Strause’s songs are a mix of timeless melody, literate lyricism, and a “virtuosic command of imagery.” (The Artery, WBUR) In less than one year Strause released two albums — How Cruel That Hunger Binds and Dietrich Strause & The Blue Ribbons. His blend of midcentury modern pop and atomic-age folk has drawn comparisons to M. Ward and a young Paul Simon and has garnered him invitations to support folk luminaries such as Sarah Jarosz and Anais Mitchell, to indie pop acts like Darlingside and Lake Street Dive.