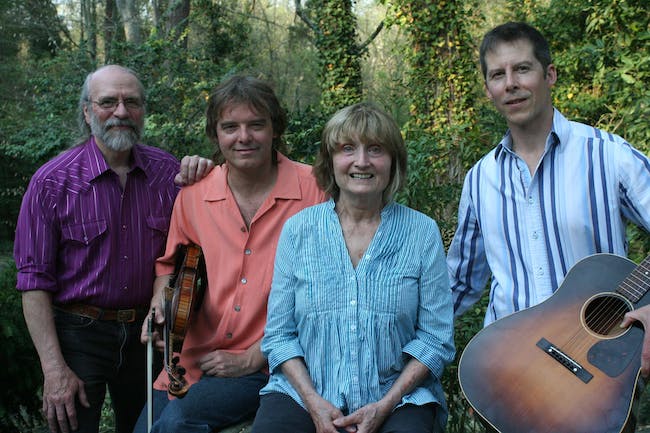 The Piedmont Melody Makers play oldtime, country and bluegrass music and make no apologies for it. They take their name from the Piedmont region of eastern North Carolina, where three-quarters of the band now reside. One-quarter of the band is a known vagabond.

is from West Virginia and that says something right there. He likes beer and ramps and collects all sorts of wild mushrooms. He’s fit and lean, keeps his hair pretty short and sings all them other singers into the next county. He puts fear into a man’s heart and lust into a woman’s when he sings, because that’s what happens when you are a profound blend of Hank Williams, Lefty Frizzell and Carter Stanley all in one voice.

comes from the state that begat Mark Twain and John Hartford, but he isn’t nearly as funny as the first and he never learned to fiddle and dance at the same time (like the second). He does, however, play the fiddle pretty passably, as well as the guitar and mandolin, and sings a pure, clear tenor that would make Alfalfa weep. He’ll also pen a good song or two for every Melody Maker’s set, with no apparent navel-gazing anywhere to be found. There are no signs of therapy in his future — or his past, for that matter.

a 2015 Grammy nominee for her album, Follow the Music - is the agile force, the gravitas, that keeps the Piedmont Melody Makers from being just good hitting baseball with the occasional base stealing. She’s the grand-slam, thank you Ma’am. Alice is a kind of bluegrass and old-time music royalty, establishing herself in the music world by her famous duet with Hazel Dickens. She writes songs and she sings ‘em with all the swoops and bluesy twirls – that is all soul and no flash. She knows what she is doing and she taught you too, even if you don’t know it. Pay attention.

sings and plays mandolin, bass and guitar. This irrepressible reprobate is still out there playing music after catapulting into international stardom with the original Red Clay Ramblers and then orbiting planet Earth with Robin and Linda Williams. He is the heir-apparent to Charlie Poole as THE exponent of North Carolina hillbilly music, and Charlie could not have chosen a more worthy successor. He is the senior male member of this great conflagration, but don’t be fooled: he can put both of them other boys under the table in the weight room. So there.