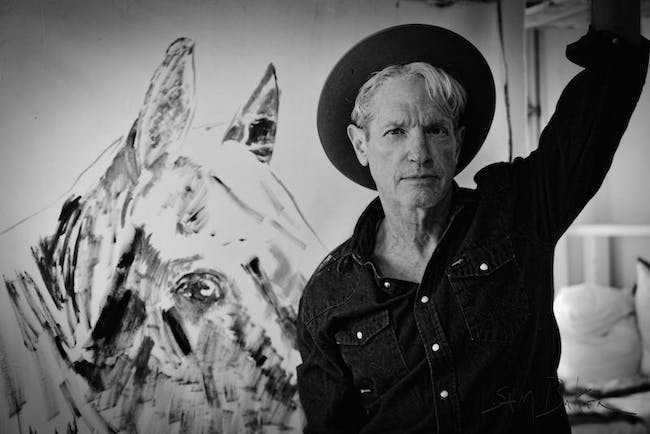 Sam Baker makes people happy. The characters in his songs face many challenges—alcoholism, car wrecks, racism, drug addiction, a mother’s abandonment—but they persevere. Much like Sam himself.

In 1986 Sam got in the middle of someone else’s war. When a terrorist bomb exploded in his train compartment, he went from being a young, healthy, tourist enjoying Peru with friends to a broken man surrounded by death and dying. Given his injuries, he too should have died. But through a series of miracles and coincidences he survived.

There were lots of surgeries, and the requisite pain pills. His leg was saved by a successful femoral arterial graft. When the cranial bleed in his brain healed, he had to relearn nouns, and after his right eardrum was replaced, he regained some hearing. With the top of his left hand gone, it seemed that his formerly skillful hands had been transformed into blocks of wood, but eventually those hands learned how to play an upside-down guitar.

Physically, Sam was recovering, but his life was filled with pills, booze, and rage. Then came the voices and messengers that helped him see that the greatest gift is life itself. He learned about forgiveness. He needed to tell his story. Songs started to come from that upside-down guitar. Before he knew it, there were CDs, tours around the world, an interview with Terry Gross, and awards in Rolling Stone.

Sam feels compelled to tell his story—through his music, art, or any means possible—to one person at a time, or to thousands from a festival stage.

A Sam Baker show is a celebration. Some songs tell of everyday people who survive life’s daily challenges; others are stories of growing up in a small Texas prairie town. All his shows are an acknowledgment and appreciation of the pure joy that comes with people gathering to listen to live music. Sam’s fans travel to see him, often driving hours to experience the powerful performance. After the show, they tell Sam their stories.

Go in peace. Go in kindness. Go in love. 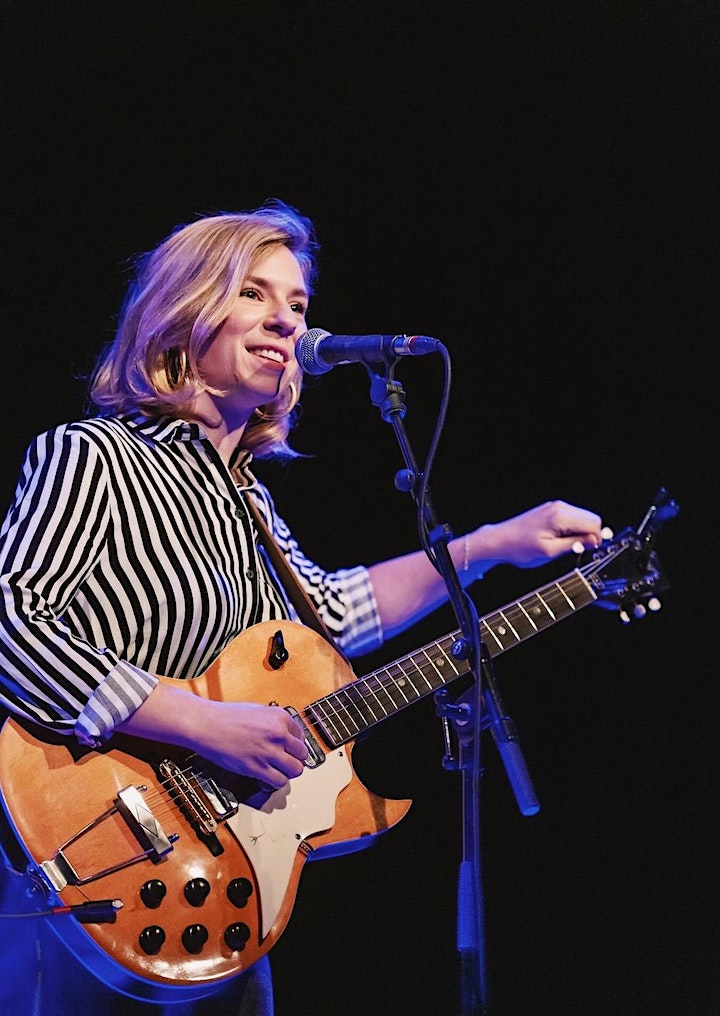 Born and raised in Scotland and now residing in Brooklyn, New York, Hannah Read is a versatile multi-instrumentalist widely recognized on the International stage. She’s best known for her fiddle playing, songwriting and composing and was recently described as one of "the finest singers of the day" in the UK’s MOJO Magazine. Hannah leads her own band and is an in-demand collaborator on both sides of the Atlantic - including one part of the critically acclaimed British folk super-group ‘Songs of Separation’, winners of ‘Album of the Year’ at the 2017 BBC Radio 2 Folk Awards.

Hannah spent her youth playing fiddle and singing in the rich traditional music scenes of Edinburgh and on the Isle of Eigg, a remote Island off the west coast of Scotland. With musical training at The City of Edinburgh Music School, The American School of Modern Music in Paris and the prestigious Berklee College of Music in Boston, Hannah gathered the musical tools, vocabulary and experience that propelled her into the thriving Brooklyn music scene.

Hannah’s latest solo album Way Out I’ll Wander, was released in February 2018 on UK-based label Hudson Records. With comparisons to Sandy Denny, Joni Mitchell and Feist, Hannah seamlessly weaves in her influences from both sides of the Atlantic on an album that’s “deserving crossover status… nine gorgeous originals” (The Guardian). Recorded in winter between Upstate New York and New Hampshire, and produced by Brooklyn-based producer/engineer Charlie Van Kirk, each song on this album captures a very specific moment embodying “an inherent beauty” (Acoustic Magazine) with musings of home on both sides of the Atlantic, as well as tales of travel, love and loss. This album primarily features Hannah’s vocals, guitar, fiddle playing, joined by special guests including Sarah Jarosz, Jefferson Hamer and Jeff Picker.