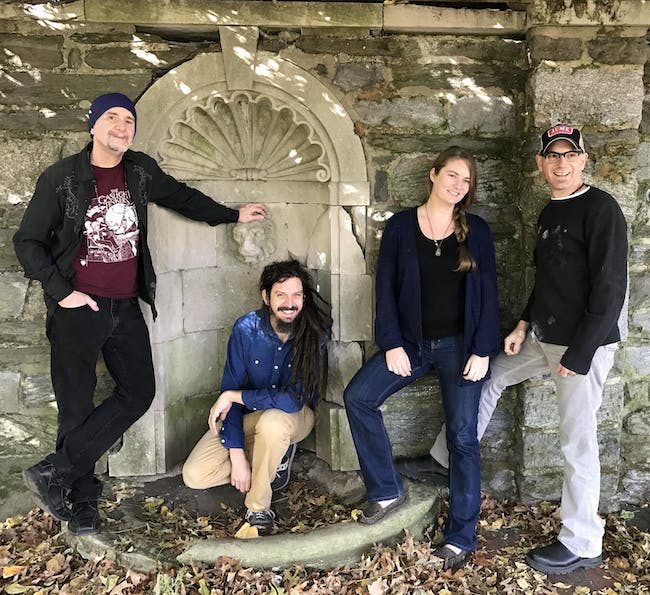 It's the genre-bending future of the music of the past.

The Gaslight Tinkers' blend of global rhythms creates a joyous world beat sound around a core of traditional New England old time and celtic fiddle music, merging boundless positive energy with melody and song. Since its formation in 2012 the band has lit up the nation coast to coast as well as the Caribbean, headlining clubs, dances, and major festivals.

Playing what The Valley Advocate (Northampton, MA) describes as “Music that consistently fizzes and pops with unexpected textures and turns,” The Gaslight Tinkers’ shows are packed with delightful surprises, elated crowds, exuberant musicianship, and lots of dancing. The sound and energy of Audrey Knuth, Jopey Fitzparick (Trailer Park) , Garrett Sawyer (The Alchemystics), and Peter Siegel are universally irresistible. 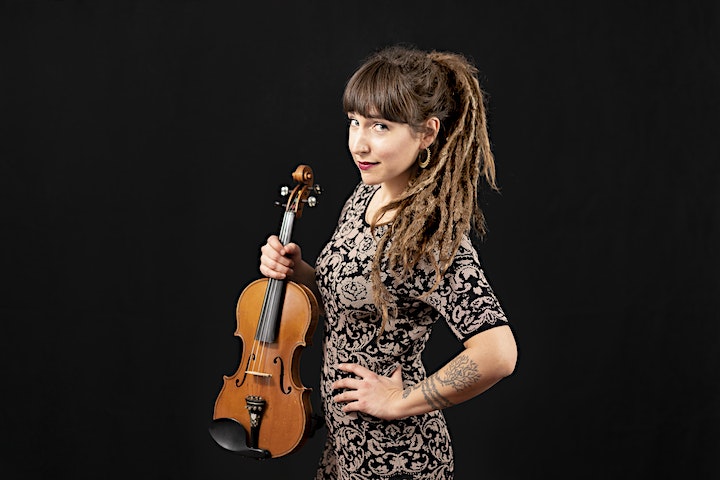 Emerald Rae is a fiddler and folksinger from the seaside town of Gloucester, Massachusetts. Roots Music Report hails her as “a spell-caster of no small skill… maxing out her axe’s potential in the service of her consistently compelling melodies” and recognizes her self-titled 2018 release as “one of the year’s more fetching releases”. She was chosen as a Falcon Ridge Folk Festival Emerging Artist and is quickly gaining ground as one of the top new artists to follow this year. Pairing ornamented vocals with groovy percussive fiddle, Emerald pushes the boundaries of the imagination with a refreshingly colorful palate.

“Emerald Rae takes her folk roots into fresh sounding regions, maxing out her axe’s potential in the service of her consistently compelling melodies. A spell-caster of no small skill, Ms. Rae matches her bowing prowess with appealing use of her fiddle for strumming and plucking vocal punctuation. Minimal production touches provide the ideal finish on one of the year’s more fetching releases.”