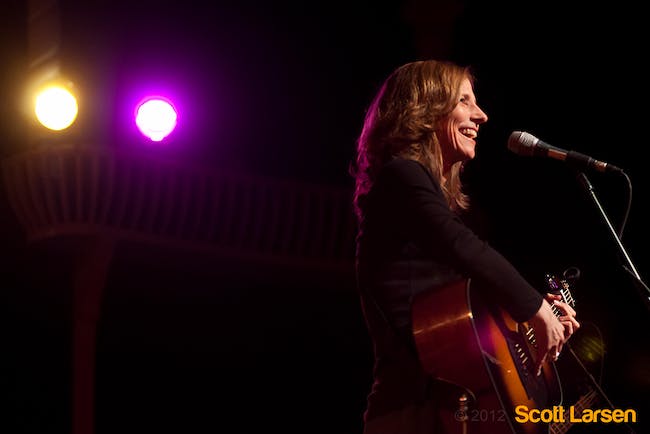 iCal
Google
The Tracy Grammer Band at The Parlor Room

Called "a musician and singer of dazzling versatility" (No Depression), Tracy Grammer is among contemporary folk music's most beloved artists. Renowned for her pure voice, deft guitar and violin work, and incantatory storytelling, Grammer has recorded and performed with Joan Baez and Mary Chapin Carpenter, headlined several of the nation's top folk festivals, including Philadelphia Folk Festival and Falcon Ridge, and enjoyed 12 consecutive years as one of folk radio's 50 top-played artists, both solo and with the late Dave Carter.

Grammer is currently on tour celebrating her highly-anticipated eleventh release, LOW TIDE, which is the first of her albums to showcase her original songs. LOW TIDE was the ninth most-played album on folk radio in 2018 and was voted a Top 10 Album of the Year by Fish Records UK.

"One of the finest singers and musicians anywhere in folkdom." - (Boston Globe)