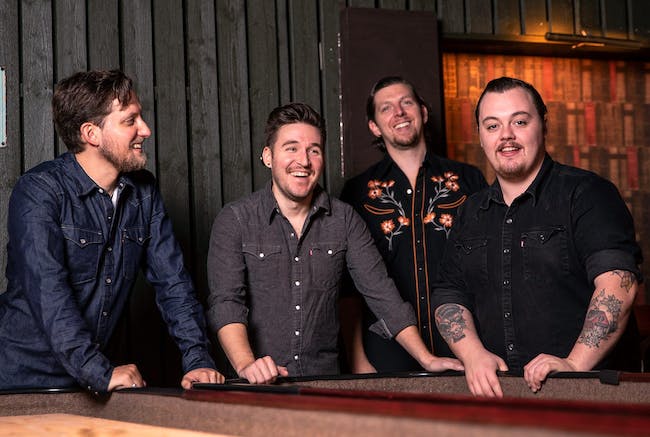 Ward Hayden & The Outliers at The Parlor Room

iCal
Google
Ward Hayden & The Outliers at The Parlor Room

Ward Hayden & The Outliers (formerly Girls Guns & Glory) formed as a way to break from the music so commonly found on popular radio airwaves. Hayden’s foray into country music and early rock ‘n’ roll began with a fateful borrowing of a few of his mother’s cassettes. When asked, Hayden remarks, “I was doing these long drives and there was nothing appealing to me on the radio. I was twenty years old at the time and had been through my first experiences with heartbreak and loss. When I put some of these cassettes on the player in my Oldsmobile Delta Eighty-Eight, all I could think was, “this is everything I’ve been searching for.”

It took a few years after that to get the band up and running, and now with a line up featuring Paul Dilley on Upright/Electric Bass, Josh Kiggans on Drums and Cody Nilsen on Lead Guitar/Pedal Steel the band has cut it’s teeth the old fashioned way: on the road and on the stage. Since their formation they’ve barnstormed far beyond their Boston hometown, playing honky-tonks, beer joints and more recently concert venues throughout the U.S and Europe. They’ve amassed a loyal legion of fans along the way. The media have noticed too, including Rolling Stone, who heralds them as a “modern-day Buddy Holly plus Dwight Yoakam divided by the Mavericks.”

Spending much of their young-adult lives relentlessly touring the US and Europe has not been without hardships, but also not without it’s rewards. The experiences the band has gone through on the road have

led to a broader songwriting perspective and also conditioned the band into a well-oiled machine. And when it comes to versatility and musicianship, these guys are second to none. I’m not sure there’s an

instrument under the sun that someone in this band can’t find a way to play.

Their love for early rock ’n’ roll, true country, raw blues and pretty much any kind of authentic American music branded them quickly as anomalous — and electrifying. The song topics run the gambit of love,

hope, work-a-day life, the grind and the results of those experiences on the body and mind.

The band, hailing from the Northeast, have always been outliers in the world of country music, often joking they were born out of time and out of place. But, they have stayed true to the sounds that inspired them and the genuine life experiences they’ve gone through no matter where they hail from.

Their new album “Can’t Judge a Book” is a collection of songs written by other songwriters that have inspired their journey. Plus one original song written by the full band titled “Naturally Crazy”, an ode to the

state of mind needed to be a touring musician, complete with the “highest of highs, followed up with your soul in the dirt”. It’s all there. And includes unique covers of songs written by some of the greats like ChuckBerry and Nick Lowe.