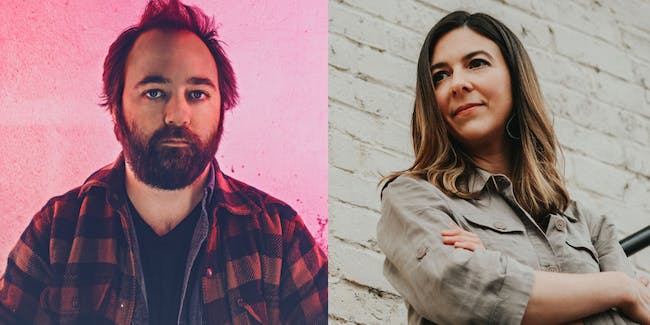 Zak Trojano is a songwriter and multi-instrumentalist, a finger-style guitar player, a fly-fisherman, and a beer drinker. He watches more than he talks, the guy at the end of the bar nursing a drink while the afternoon light angles in, letting the conversation pile up around him like snowfall. He grew up in New Hampshire, outside of town in a cabin built by his parents. His father was a drummer who held down a regular country gig, and nights after work he would loosen his tie and show his son the finer points of Ginger Baker and Elvin Jones. In New Hampshire they drove around in trucks, and Prine and Dylan cassettes showed up in most of those trucks. Zak made Eagle Scout, got his knots down. Then it was college and out, wandering the country from the desert Southwest to Great Plains until he ran out of money, washing windows to work up the bus fare home. After a while it seemed like he ought to write some songs, and he did: heavy songs with a light touch; an AM radio throwback voice and an intricate finger-style technique framed by a drummer’s rhythm and sharpened by years of immersion in the work of players as various as John Fahey, Merle Travis, and Chet Atkins. In over a decade writing, recording, and performing music professionally - sharing studios and stages with his band Rusty Belle, or supporting touring acts like Chris Smither, Kris Delmhorst, Jeffrey Foucault, and Peter Mulvey - Zak Trojano has evolved his own thing: a warm baritone paired with an old Martin guitar, floating above spare lines of cello and lap steel, horns and brushes, with a deceptively simple lyricism that on repeated listening shows that the fellow at the end of the bar doesn’t say much, but he’s worth hearing.

Lisa Bastoni is a Northampton-via-Boston-based singer-songwriter. Following a ten-year break from music, her album The Wishing Hour(2017), recorded in the kids' playroom in the wee hours of the night, debuted as #1 most-played on Boston's WUMB and led to a number of songwriting awards and an active performance schedule. Lisa is a winner of the 2019 Kerrville (TX) Festival New Folk Contest, and has shared the stage with Lori McKenna, Anais Mitchell, The Secret Sisters, Regina Spektor, Arlo Guthrie and many more.

"Americana of the highest order...along the lines of Gretchen Peters or Patty Griffin." (Maverick-UK)